Furries to the Rescue!

Furries to the Rescue

Heros today come in all shapes and skins.

This past weekend, unlikely heroes showed for the rescue wearing a dinosaur, a tiger, and pink cowboy hat to the aid of a woman who was being allegedly attacked by a man, later identified as her boyfriend. The fury crew joined-in in restraining a man who allegedly punched a female driver inside a vehicle, just outside where FurCon 2020 was taking place in San Jose.

Video of the incident was captured and posted by a convention attendee, a DJ at the event named Robbie. As the Mercury News reports via witnesses, a car was screeching the middle of South Market Street, outside the convention at the San Jose Marriott hotel, and a woman inside the car, who was driving, was screaming “Get out! Get out!” 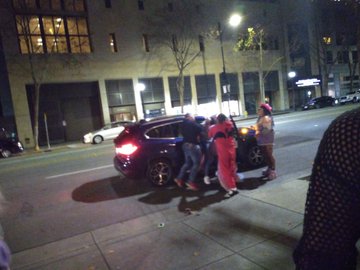 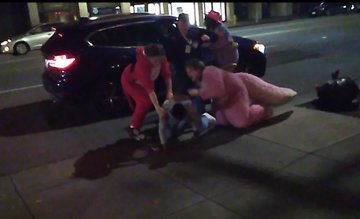 548 people are talking about this

Witness at the scene, Steven Rodriguez, said that while a group of conference attendees was smoking outside, they saw the male passenger hitting the female driver, and without any deliberation, the group of furries approached the car, opened the passenger door, and pulled the man out. The man allegedly attempted to hit Rodriguez, and the group of about five people — at least three still in costumes or fursuits — restrained the man by sitting on him.

San Jose police arrived minutes later, and Sgt. Enrique Garcia confirms the sequence of events for the Merc. Police arrested 22-year-old Demetri Hardnett on suspicion of domestic assault, and the victim — the driver of the car — was identified as his girlfriend.

Just goes to show you the wearing a furry suit can come with some amazing superpowers!

Theme by Anders Noren — Up ↑